Rimfire vs Centerfire: Which Is Better?

The terms Rimfire and Centerfire relate to the two main primer ignition components that are most commonly used for today’s ammunition cartridges.

The biggest distinguishing factor between the two is the mechanism they use to perform their job:
The names give us an indication as to how they work. When using a Centerfire round, the pin hits the center of the cartridge which causes the primer to ignite. While when using a Rimfire round, the pin need only hit somewhere on the rim, which again will cause the primer to ignite.

Both systems have a reliable track record and have proven time and again to be effective firing mechanisms, the popularity of these methods is a testament to their effectiveness.

The purpose of this article is to provide information on these two very popular ignition systems, hopefully, you’ll have a better understanding of the pros of cons of Centerfire and Rimfire, which will allow you to make an informed decision as to which best suits your needs.

What is Rimfire and What is Centerfire? 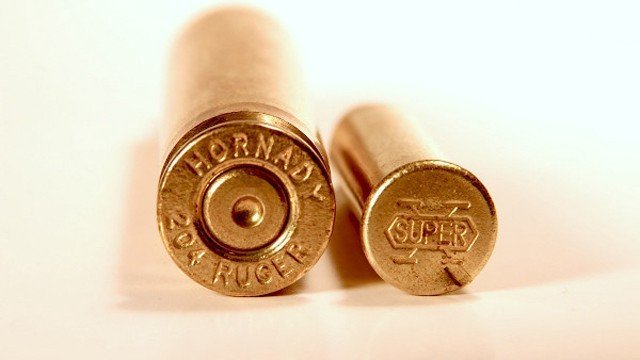 We’ve given you the high-level overview of how these systems work, but to fully understand and appreciate which one if best, it’s a great idea to have a detailed understanding of the intricacies that make these two firing systems tick.

Rimfire ammunition is characterized by the position of the primer within the hollowed out rim of the round, hence where the name comes from. The rim is just a continuation of the cartridge base and is not a separate piece. The firing pin of the gun is positioned to strike the edge of the round, which in turn causes the primer to ignite and the round to fire.

Rimfire technology predates that of Centerfire. It is thought that Rimfire technology first made an appearance in 1845 and was initially used in .22 rounds for use in indoor sports shooting. The original incarnation of the .22 round which utilized Rimfire technology did not contain any additional powder, as such the round velocity and power was quite weak, but this also made it ideal for entertainment shooting.
Slightly more than a decade after it was first released, during the year of 1857, Rimfire rounds with additional powder first started to make an appearance. This extra power increased the rounds versatility and popularity, and the round began to dominate the ammunition market for the next 15 years. However, when Centerfire rounds where introduced in the 1870s, Rimfires dominance began to slip.

Unlike Rimfire technology, the Centerfire ammunition positions the primer in the center of the base of the cartridge. The primer itself is built as a self-contained cartridge which is completely separate from the rest of the round. As a way of an example, check out the Luger 9mm, which exemplifies the Centerfire cartridge beautifully. 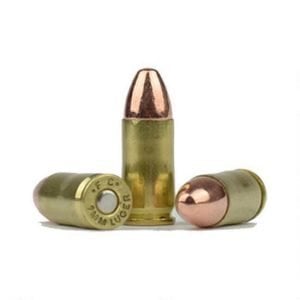 With the invention of the Centerfire primer, the power of manufactured rounds increased dramatically. This increased power allowed for larger caliber bullets to become practical and more affordable, which in turn meant that hunters and other gun enthusiasts had more options and better quality rounds available to them.
Not only did Centerfire technology allow for larger caliber rounds to be produced more easily, but it made reloading much faster. The military as you might imagine benefited from the technology, allowing soldiers to use rifles that would be more accurate at significantly larger distances as well as impart greater amounts of energy to their targets.

Rimfire vs Centerfire: What are the Differences?

In the following sections, we’ll take a closer look at the differences between the two, as well as how those differences influence the functionality, reliability, and usability of the centerfire and rimfire systems.
In order to make this analysis easier, we’re going to split this into several sub-topics such as design, reliability, and accuracy. Within each of these sections, we’ll look at how each system meets the needs of the sub-topic and whether it’s a pro or con.

The two systems approach the design in significantly different ways, these design differences are not only visual, they also influence the performance. Understanding these differences is essential in appreciating which type will best meet your needs.

First and foremost, the different design approaches influence the burn rate and efficiency. When the primer is hit on a rimfire cartridge, the powder burn rates tend to be uneven, with one side burning faster than the other. As you can probably imagine, an uneven burn can impact the amount of powder utilized during a firing which in turns affects the power output. Conversely, as a centerfire primer is located in the center of the round, the burn rate tends to be equally distributed, which means more powder is utilized and the shots are more powerful.

Additionally, as the rimfire can theoretically be struck anywhere on the rim, the metal needs to be equally thin across the whole rim structure. This creates a significant weak point across the cartridge wall as it forces the manufacturer to create a structure which is weak enough to pass the percussive force of the pin strike to the primer.

However, for a cartridge that utilizes a centerfire design, the primer is removable and it’s the only section on the round that is expected to be struck by the pin. This allows for thicker cartridge walls to be utilized, therefore more powder can be used and large bullets can be fired.

In terms of design, it’s obvious that the centerfire configuration offers advantages over a rimfire cartridge. In addition to its increased firepower and strength, a centerfire round will remain intact after firing, allowing for it to be reused or recycled.

As centerfires are somewhat modular, in that they are produced as a standalone single use primer, they tend to be more reliable when compared to rimfire rounds.

One of the biggest drawbacks of the rimfire design is that the primer bead must be built into the casing of the round, this increases the complexity of the build and can lead to manufacturing defects and misfires.
This in part explains why any application that requires reliability such as military applications, hunting or home defense will tend to use centerfire rounds. While practice applications may opt for either.

There’s an argument to make that rimfire rounds may be more accurate due to decreased recoil. Any experienced shooter will tell you that recoil can affect the accuracy of your shots, less recoil should lead to more accurate shots. Even if you’re an experienced shooter, there is a tendency to flinch when you fire a gun, especially if the recoil is significant. Follow up shots also tend to be less accurate as the recoil will pull the barrel of the gun off target, which means you may need to spend time lining up between each shot.

However, another argument can be made that the reduced power and lightweight nature of rimfire bullets can affect their accuracy over any significant distance. They might be perfectly suitable for short range practice shots, but anything over that may prove to be challenging. This is largely due to the lack of power, less powder means less explosive force which will cause bullets to experience drop off and feel the effects of wind, rain or other environmental factors sooner than faster moving heavier rounds. You can, of course, compensate for gravity and crosswinds, but that takes skill and experience.

As a rule of thumb, rimfire shots will be effective up to a maximum of 100 yards. For anything beyond 100 yards, you’ll be better of utilizing centerfire rounds to ensure accuracy levels are kept.

Reusing or reloading rounds is a great way to save money over the long term. With that in mind, are both rimfire and centerfire rounds reloadable?

Sadly, rimfire ammunition can’t be reused or reloaded. This is largely due to the fact that the casing rim is part of the primer, so it’ll be damaged when a shot is fired.

However, centerfires can be reused and reloaded. Due to the fact that the primer is a modular design which keeps the primer as a separate piece from the casing, the round casing can go through the firing process without suffering and damage and can, therefore, be reused.

Which Rounds to Use

If you only looking to hunt small game or target practice, then choosing rimfire rounds seems to an obvious choice, especially if you’re using .22 rounds. The rounds themselves are inexpensive and will perform perfectly adequately over small distances or for small game such as squirrels or rabbits, choosing larger calibers for this type of hunting is overkill.

So, what do you do if you’re looking hunt something a bit bigger? You can still use rimfire rounds for larger game animals, but it’s far from ideal. You’ll need to be exceptionally accurate with a less powerful rimfire round to take down a large animal such as a buck. The odds of having a successful hunt and not inflicting needless suffering on your prey is low.

In addition to the lack of power, rimfire rounds tend to be manufactured from softer metal that is designed to spread and fracture upon impact. If the prey you’re hunting has thick hide or your shot is less than perfectly accurate, the chances of taking the prey down are very low.

If you want to hunt anything larger than a rabbit, I would suggest opting for centerfire rounds. The speed, weight, stopping power and accuracy over long distances of these rounds makes them perfectly suitable for larger game animals.

How Much Do They Cost?

Rimfire rounds tend to be significantly cheaper to buy compared to higher caliber centerfire rounds. This is due to several factors such as thinner materials uses less powder for each round and less complicated manufacturing process. They are ideal for some cheap fun when you don’t need to carry out any serious shooting.

Centerfire ammunition tends to be constructed from sturdier and thicker materials are require a slightly more complicated manufacturing process. As such, centerfire rounds will cost more per cartridge for the same caliber of rounds when compared to rimfire.

We hope we’ve covered everything you wanted to know about the two most popular ammunition types – rimfire and centerfire.

We think it’s clear from our findings above that for any serious shooting you’ll want to opt for a centerfire round, it boasts increased accuracy, reliability, reusable design, more powerful shots and it’s available in a very large array of calibers. If you have the means to do so, you can even reload the rounds which will save you money over time.

Rimfire is, of course, great for shorter ranges and small game hunting. It produces significantly less recoil than centerfire rounds, so maybe superior in certain situations. However, it innately suffers from reliability issues and we wouldn’t suggest relying on it in situations where the shots must fire.
In summary, centerfire rounds are superior in almost every situation and are our number one choice

The post Rimfire vs Centerfire: Which Is Better? appeared first on Crow Survival.

source https://www.crowsurvival.com/rimfire-vs-centerfire/
Posted by Unknown at 13:21